Can We Talk?: Unspeakable Speech & You, Part 1

Polishing our demeanor goes beyond presentation skills, communication styles and workplace EQ. Before we can perfect any of those, we first must get a grip on language….specifically the kind to stay away from. It’s not simply about avoiding F-bombs and mispronouncing the word “ask”; I’m referring to the invasion of 21st century “newspeak” that is threatening to pigeonhole an entire generation of young professionals as alumni of the Clueless® mindset. If the words and phrases you use, and the tone with which you deliver them have more origins in pop culture than in business culture, it might be time to reexamine things. Let me clue you into a couple of vocal stylings that you can easily shake off merely by acknowledging you use them.

I first heard it displayed prominently in 1992 in the vocals of Right Said Fred’s “I’m Too Sexy”. A few years later, 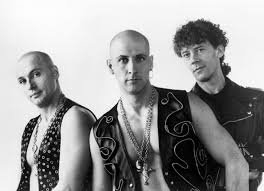 Britney Spears popularized it further. With the arrival of Kim Kardashian, it finally crept its way from singing into everyday speech like a fish growing legs and crawling ashore. I’m speaking of the very recent explosion in deliberate speech distortion classified as glottal fry, or “vocal fry”. More descriptively, it’s that homogenized, throaty, creaky-sounding delivery in speech (initially by female millennials, but now with young men as well) that causes the voice to lack harmonic register. Think you don’t use it? Take a closer listen. This trend isn’t just annoying to hear, it may brand you as a teenager trapped in an adult’s body, whether you’re being interviewed, making a pitch, or chatting at a networking event. Furthermore, in the days before its mainstreaming, abundance of glottal fry was considered a speech disorder; experts say its proliferation can deteriorate the vocal chords. Curb its use, and you’ll not only distinguish yourself, you’ll be carving out a healthy future for your precious voice.

The Downside of “Uptalk”

Also labeled as High Rising Terminal and Rising Intonation, “uptalk” is a trendy, modern speech pattern that can become your biggest enemy in the business world. Exceedingly common among younger American females and males, uptalk is the tendency to end a statement with a rising inflection more appropriate for ending a question. Examples are not hard to find; simply turn on the TV or radio, or catch a snippet of someone’s cell phone conversation….it’s in there. While the origins, evolution and purpose of uptalk are controversial and debatable, the fact remains that when you conclude a statement with rising inflection, you come across as unsure, insecure, and unqualified, regardless of the accuracy of your statement’s content and your level of confidence. Make a recording of your own phone conversation, and see for yourself how guilty you are of uptalking. Become conscious of it today, and improve your tomorrow.

Check back next week for part two in the series, when I will take you through some ridiculous language that, if used, can give the listener the opposite impression that you intended. Here’s a hint: It will be what it will be….